Opening of “Micro-Folie”, the First Digital Museum in Jordan

HE Mrs. Véronique Vouland-Aneini, Ambassador of France to Jordan, launched on Wednesday, October 9th 2019 the “Micro-Folie” cultural project at the French Institute of Jordan.

The “Micro-Folie” project is a digital museum hosted by the French Institute and offering a dematerialized access to masterpieces displayed in major French cultural institutions. “Micro-Folie” also offers a cultural program and workshops all throughout the year. This virtual cultural space, which promotes art, creativity and innovation, is funded by the French Ministry of Culture, and coordinated by La Villette, a renowned Parisian Institution.

Displayed on a screen, the masterpieces can be further explored on the synchronized tablets which also provide additional content and activities in several languages including French, English, and Arabic. In addition to the museum, the “Micro-Folie” project will offer artistic workshops and an original cultural program related to art all year long (see cultural program attached).

During the launching ceremony, the French Ambassador said : “Access to culture is key in order to understand other civilizations and to widen horizons. The virtual museum of the French Institute will facilitate this access, by allowing Jordanians to discover major paintings and other world famous masterpieces displayed in French museums such as the Louvre. I hope that Jordanian schools and pupils in particular will benefit from this project by visiting our digital museum”.

The public opening will take place on Saturday, October 12th at “Markaz Theater” of the French Institute : from 3 PM to 5 PM, children and their parents are welcome for a program of activities that will be followed, at 6 PM, by a reception for adults. The museum will be open for free visits, group reservations can be made as well from the French Institute’s website : (www.ifjordan.com). Below are the opening hours of the digital museum. 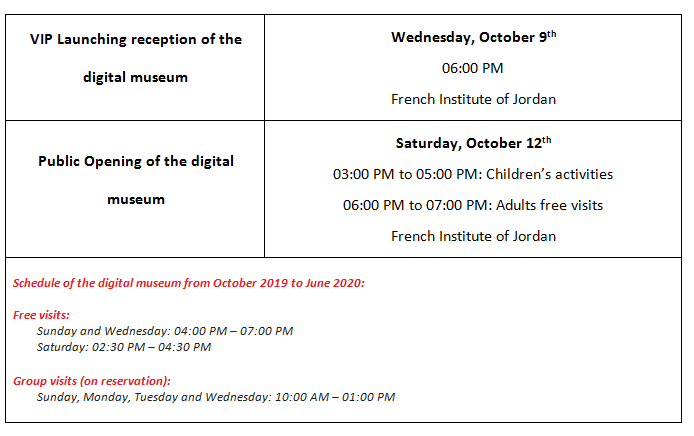 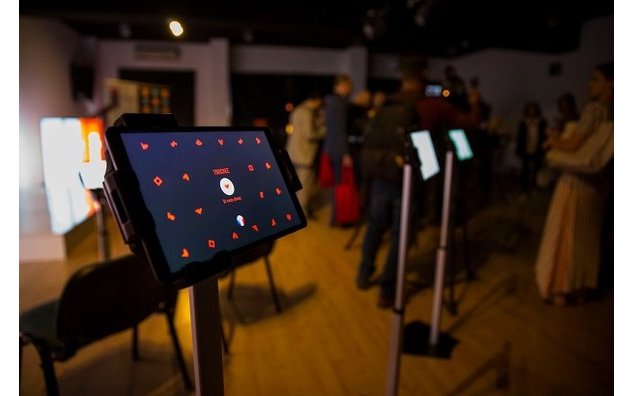 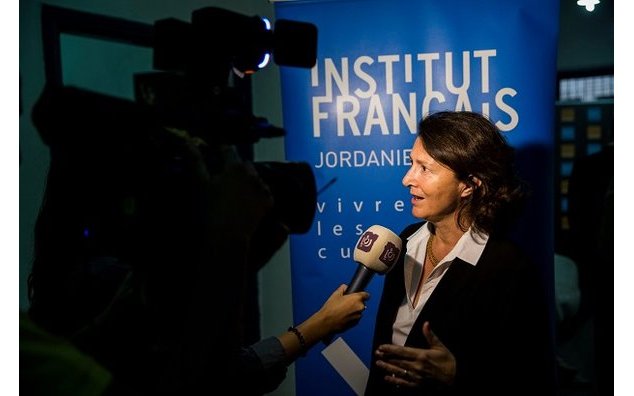 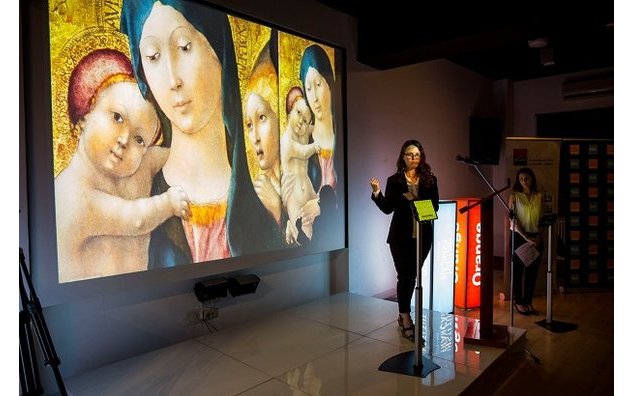 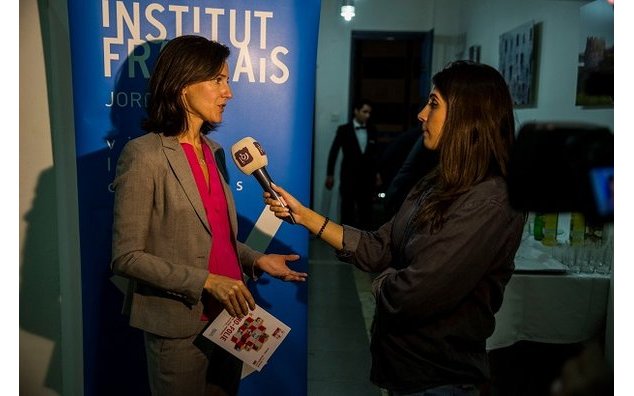 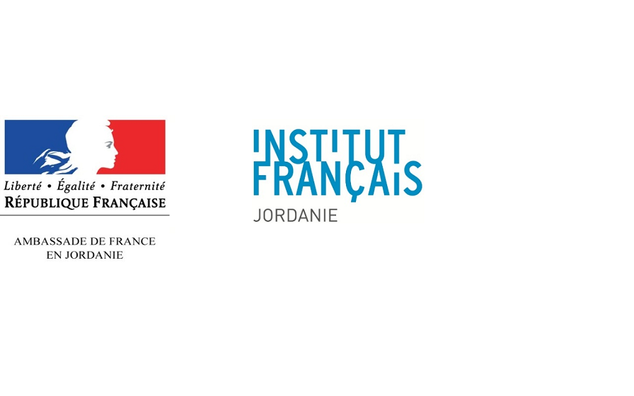 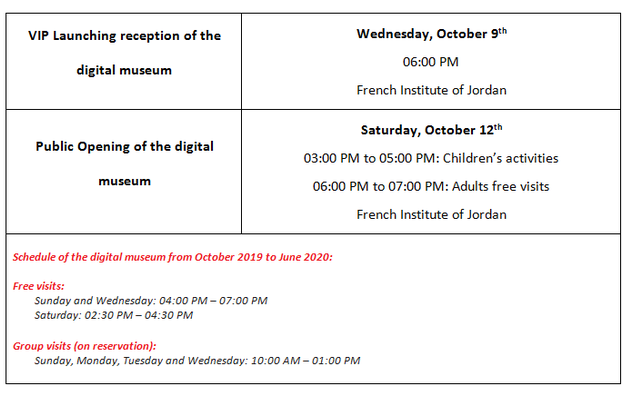